One of my favorite shows in the 2000s was How I Met Your Mother, a sitcom based in New York with the – wait for it – leg-end-ary Barney Stinson. What the show did best was make the characters both relatable and a little ridiculous, often by extending the plot beyond the show, like having Barney actually write a blog.

As a big fan of the show, I even liked the peripheral characters, like Lily Aldrin’s dad, a hapless board game inventor of terrible games like “Tijuana Slumlord” and “Diseases”. Was it the topics that made the games bad? The game flow? Whatever it was, it played for a good joke.

I laughed then, but I sympathize now. Game design turns out to be harder than I expected.

I joined the Centre for Systems Solutions last year as a policy expert whose tasks included supporting game design. When I read about the organization, they emphasized that they create serious games, i.e. games with a serious goal. Among their creations are Lords of the Valley, Energy Transition Game, and The World’s Future.

I have since learned that it’s more accurate to call these games social simulations, as there are no winners or losers. Despite this, there is competition. Participants become immersed in the scenario and engaged in taking action, making it all feel very real.

For me, it sounded perfect! My friends and I have always preferred playing party games like Cranium or Trivial Pursuit to watching movies. Even as an English as a Foreign Language teacher, I used simple games with easy-to-understand mechanisms to reinforce language concepts. Adapting Chutes and Ladders for reviewing grammar or You’ve Been Sentenced for syntax made it easier and more fun to learn. Having played a lot of different types of games, I naively thought I was well-prepared to do game design.

My first project was related to the RURITAGE project, which is invested in restoring the natural and cultural heritage of rural regions and using it in their sustainable growth and development. I was fascinated by the project goals, but wondered how we were supposed to design a game around it.

When I joined the team, we already had a target audience and some game play ideas. Players were generally activists and policymakers from a set of rural regions spread across Europe, from Norway to Slovenia to Turkey. Since each area had different goals, like digitizing a pilgrimage path or integrating migrants, our goal was to make the game applicable to all of them while keeping the mechanism and game play consistent.

To model the real world, we wanted to have a wide range of projects and solutions available which would have varying costs and outcomes. This way, each rural area could choose projects which they found relevant to them. We also wanted to encourage them to think about resilience and sustainability. Most rural areas did not focus on these topics in their development plans, although it was a goal of the main project.

Our first iteration was based on collaboration. We decided not to assign roles – players would imagine themselves as activists and policymakers from an invented region. First, they would assess their region’s development. Then, this would be translated into a budget, which they would use to make investments in their region. Investments included the ideas above about digitization and migrants, but also supporting farmers, renovating buildings, and investing in disaster resilience activities.

For a project to move forward, players needed the support of at least two people. They would see the results of their chosen projects on a radar chart and receive a budget for the next round based on the scores.

When we tested it, however, there were too many unanswered questions about why certain projects were included and why investing in each project would yield the identified impacts. We came away believing players wanted more agency to develop projects (not only choose them) and more realistic connections between the projects and the results.

The second iteration tried to address these issues. We still wouldn’t assign roles, but we would divide the players into special advisory groups, e.g., focused on rural food or pilgrimage. Instead of designating a set of projects as above, we would let people come up with their own projects and determine the expected results on their regions. Rather than a budget, they’d vote for projects they liked. This would make the game more personalized and engaging, as the participants could use the direct results of the game in their strategic planning.

This time, the projects were indeed better – more thoughtful and directed at specific problems. However, each advisory group became personally invested in their own projects, and used their votes to support their own. Instead of creating a space for discussion about strategy for revitalization, we had inadvertently created tribes. We still weren’t addressing resilience.

Iteration and innovation in game development

Through these iterations, I began to understand Mickey Aldrin’s struggle of creating positive tension in game play. To design a good serious game, you need to inspire curiosity, but translate it into action; you need agency, not randomness; you need to have competition, but it can’t be arbitrary. Players need to come away feeling as though they’ve had fun, not that they were doing work.

We went back to the drawing board again. We explored the idea of using not only money as a mechanism, but in-kind donations and volunteer time. We thought about adding an option to promote your projects. We looked at having town meetings. We considered rolling dice for project results. We played out different mechanisms for action and collaboration. We went back to the initial project demands and analyzed whether we had addressed them.

Our current version is much different than the first. The game board features 32 locations which players can develop, from a nature reserve to a monastery, from a hotel to a farm. Each player is assigned to a different stakeholder group, e.g. a local business and farmers association or a cultural heritage NGO. Using a set of predetermined projects, the players can focus on developing tourism in their area, building a local brand for products, and/or building resilience to natural and manmade disasters. We set no goals and players can guide the world as they please, based on their own priorities. However, the number of actions which can take place in each round are limited, potentially spurring conflict or collaboration. Occasionally, disaster strikes and the region must cope.

Just as Mickey Aldrin found the right formula for his games, it seems we have finally found the flow – enough healthy competition, enough fun, and enough spontaneity for players to get truly engaged. We call it Ruritania, and for our early participants, it has been a success. The only question remains whether we will be able to make it truly legendary.

How did you like this post? Let us know in the comment section or on our social media! You can also fill this short survey to help us create better contentent for you!

For more games about sustainability, civic society and SDG 11 visit our Blog and Gamepedia! 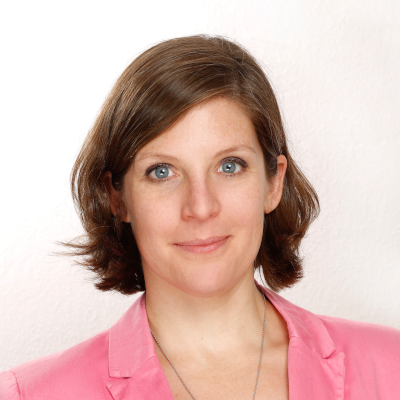 I joined the Centre for Systems Solutions in the role of Sustainability Expert in 2018, in which I will be moderating simulations, building and managing relationships with potential and existing partners, and supporting the development of new games. My path prior to joining Centre for Systems Solutions is colorful, including work in journalism and education policy administration, as well as as an educator and a small business owner. All of them have been tied together by one theme, though: storytelling. It’s safe to say that I have wide-ranging interests and a desire to make at least my corner of the world a better place. I’m a morning person.

Why do we need games about poverty

Does curiosity really kill the cat?

Playing the Lords of the Valley