When thinking about climate change or other issues that plague the modern world, we often feel that there is nothing we can do as individuals. It takes more than one person to change the world.

And though the scale is smaller, the same goes for each group and organization – there is not much one can do by himself.
The teamwork is one of the key elements of development and progress. With a strong, close-knit team come people who are more effective and engaged in the group’s activities. And also more successful.

Just imagine a group of researchers working on a cure for an unknown disease. The clock is ticking and many lives are at stake. Each of the group members excels in the topic. It should be thus obvious that they will achieve their goal more effectively together. However, they will most likely fail. Why? It’s not only about the pressure of time. It is because they lack the sense of community. Simple things, such as mutual trust, good division of tasks or a positive comment, could enhance their collaboration.

That’s why teamwork is also an important aspect of corporate business management. It takes more than one employee to finish any project or change the organizational culture in a corporation. But how to build the trust between employees? How to bring them together to create something more than a loose group of people?

There is a lot of Corporate Social Responsibility tools and activities that are widely used by many corporations all around the world. One of such tools is Akeakami Quest – a multiplayer game by Agile Literacy, a US-based Agile coaching, and training firm.

We sat down with Leonor Urena, the founder of Agile Literacy, to talk about the game and the complexity of teamwork.

Could you briefly describe what the game is about?

This is a survival game set on a fictitious island called Pumaka. Pumaka is one of the disappointment islands, known for its erratic and harsh terrain. To survive under these conditions, the tribe must select the very best of its champion warriors to find the nine crystals of life; earth, fire, water, air, wood, wind, spirit, light, and shadow hidden by the trickster god. The nine crystals balances the islands atmosphere, making it habitable again.

How did you get the idea of creating a game about sustainable teamwork/team building?

I work with teams every day and wanted to create something that they would be able to learn from but also have an impact on their quality of work and workday. Many of the teams I’ve work with aren’t given time to learn the soft skills necessary to work as a cohesive team. They are simply thrown in together and expected to perform. Companies realize they have an issue with their teams but fail to understand what teams need. People are complex as is. Now put them together and tell them you need to work together, and by the way we changed our software development practice to Scrum, so you will need to execute in this framework, and the project needs to be completed in six months. It just makes things more complicated for the team to have all these things thrown at them.

Why did you choose a serious game as a medium to talk about this issue?

People tend to open up and set aside their guard in play mode. I wanted an approach that would hit home without rattling cages. I wanted something that would make a lasting change in corporate culture. It needed to be incremental change to be sustainable and fun.

Are there skills needed to play the Akeakami Quest?

No skills required, just a keyboard and a willingness to have fun.

What are the most important lessons that can be learned from playing your game?

Teams get to learn continuous improvement. They will learn to embrace failure and learn to quickly adapt.

What educational goals can be achieved by using your game?

Game is designed to teach teams to problem solve, collaborate, coordinate, and communicate.

What psychological and social processes can be observed during the game?

You will find the more teams play the better bonding and synergy they will have. You’ll notice more laughter, and less stress. For those with team members across the world, the game seems to “gell” them in such a way they remember that person and ensures they’re not left out.

Game based learning has proven to have higher retention rates and completion rates. In addition, it tends to be more cost effective.

What were/are the main challenges of designing a serious game?

The main challenge for me in designing a serious game was keeping to the minimal viable product. My creative juices went on overdrive. ☺

If you had to choose one favorite serious game, which would it be?

Prune the Product Tree from Tastycupcakes. It forces product managers to think out what the product roadmap will be. 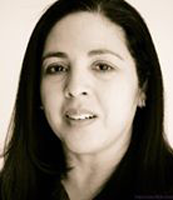 Leonor Urena is the founder of Agile Literacy, a US-based Agile coaching and training firm. She teaches through gamification and game-based learning and applies diverse techniques to motivate teams. Her passion is to help teams collaborate, strategize and cooperate effectively, wherefore she concentrates on people and interactions in her work.

Thoughts after Lords of the Valley Game Session

Children can change the world!