Few weeks ago 196 nations signed climate agreement at COP21 conference held in Paris. For the first time in history such arrangement was made, including both developed and developing countries and setting an ambitious goal of limiting global rise in average temperature below 2 or even 1.5 degrees Celsius above preindustrial level.

Undoubtedly, this document is a clear signal that all involved parties recognize global warming as a pressing issue. Furthermore,  they are ready to, at least, agree that radical actions have to be undertaken. As such, it can be considered a success –

almost 200 countries are ready to work together to limit the global emission of greenhouse gases (GHG).

But will it last? Some insights into this matter can be given by research on management of common-pool resources (CPRs).

It can be argued that atmosphere of our planet fulfills the definition of CPR. Basically, all of us have access to it. Furthermore, it is susceptible to our actions – greenhouse emissions – and we all bear costs of climate change. Our situation clearly reflects the dilemma described as Tragedy of the Commons. One country can benefit from using fossil fuels by gaining access to relatively cheap energy while costs connected with the excess emission of GHG are spread throughout the globe. This somewhat ‘egoistic’ rationale should, in theory, guide all nations in the world. Does it mean that this agreement is bound to fail?

The good news is that we have strong reasons to believe that it may not be the case.

Research in the area of management of CPRs has proven that communication is one of the factors improving the cooperation between the users.

It means that even some act of discussion may help to reduce the GHG emissions. But will it be sufficient?

COP21 agreement definitely urges involved parties to report their goals and puts forward ideas how actual progress should be reviewed. This creates a set of rules that should lead to achieving the main goal of lower emissions and monitoring mechanism.

Experimental research has shown that efficiency of the cooperation is even higher when there are strict regulations about the use of the CPR and possibility of sanctioning user that do not comply with rules. Monitoring alone might be insufficient, as showed in, for example, A Common Dilemma or Forest Rules, games regarding CPRs.

Furthermore, current action plans submitted by the parties suggest even more problems with coordination. It is argued that when all these commitments are put together the temperature will still rise up to 3.5 degrees, which is clearly not consistent with the “2 degrees” goal. This will create problems on the global scale which magnitude cannot even be determined.

Even though experimental research suggests weaknesses of the Paris agreement, its failure is not inevitable. Involvement of numerous parties and clear message about the climate change may pave the way for further actions to lower the GHG emissions worldwide. 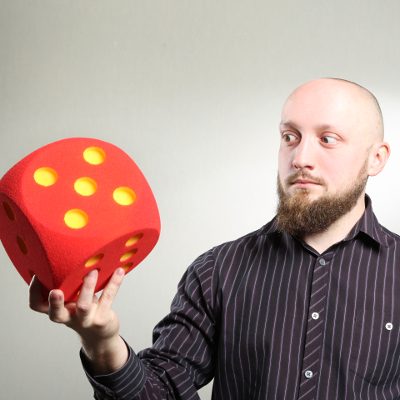