“You are never too small to make a difference.”

These are the words of Greta Thunberg, the 16-years-old Swedish climate activist who started to go on school strike in August 2018 as a means of protest against the inaction of international decision-makers with regard to the climate crisis which is ahead of us. With her school strikes, she inspired hundreds of thousands of people around the world to raise their voices and come out into the streets every Friday, demanding more radical and consequent climate policies. The climaxes of the yet young Fridays for Future movement was reached on March 15 and May 24, 2019, when 1.6 and 1.5 million people, respectively, on all seven continents and in more than 125 countries followed the example of Greta, sending a powerful message about the significance and urgency of acknowledging and acting in accordance with scientific findings about climate change.

The Fridays for Future movement consists mainly of young people, school children and students, who are deciding not to attend classes and instead take part in demonstrations, demanding action to prevent further global warming and climate change. The main point of criticism towards the movement is the scheduling of the protest on Friday mornings – during school time – when children are required to attend school. However, with the advancing climate destruction, they point out that the purpose of going to school begins to lose its sense, and ask: Why study for a future, which may not be there? Why spend a lot of effort to become educated, when our governments are not listening to those educated? In fact, the first and foremost demand put forward by Fridays for Future is to implement climate policies which have already been proposed by the educated, namely thousands of climate scientists and researchers. This includes fast and broad measures in accordance with the 1.5°C goal and global climate justice, as aspired in the Paris Agreement, which was adopted in 2015 at the Conference of the Parties (COP) 21 by 196 countries worldwide. The COP is an annual conference serving as the decision-making body in charge of monitoring and reviewing the implementation of the UN Framework Convention on Climate Change. Despite the milestone proved by COP21 in Paris, experts and scientists, now supported by the voices of youth, criticize the lack of effectiveness and missing binding enforcement mechanisms in the agreement, asking for a more specific definition of the Paris climate target.

But how are international negotiations on climate policies and measures for limiting global warming actually working? What are the considerations and challenges for individual countries in taking climate action, facilitating or inhibiting joint progress? To give young people a better understanding of climate action and policies, the international network CliMates co-designed and prepared a workshop, called COP in my school, which gives students the chance to take over the roles of decision makers. In the workshop, after a short introduction to the topic, a UN climate conference is simulated, with a subsequent discussion of the results and possibilities for action. We had the chance to interview Katharina Doppelbauer, a member of the Austrian CliMates group, and ask her about the specifics of the workshop.

Katharina, what and who is CliMates?

CliMates is an international network concerned with climate change. We are students and young professionals who want to take on the challenge to change the climate by developing new and innovative ideas, helping people be change-makers and by influencing decision makers.

What are the main activities and objectives of the network?

Our main activities can be divided into two branches which are advocacy and empowerment. Advocacy is concerned with politics; there are different projects that analyze the outcomes of international climate negotiations or send young people to climate negotiations to give the youth a voice to represent themselves. And those are just two examples, there is so much more to discover…

Empowerment, on the other hand, focuses on teaching those who do not know how politics on climate change work yet, how important action is in this domain and how climate change is affecting us all. We try to spread the word because knowledge is the first step to change.

Could you briefly describe what COP in my school is about?

COP in my school is a simulation in which we can experience how politics work when focusing on climate change. Divided into groups, the participants can represent different countries that take part in international climate negotiations. While pursuing their individual priorities, they are, at the same time, trying to find a solution to succeed in obtaining the 1.5°C goal of the Paris Agreement.

How did you get the idea of offering a workshop about the Paris Agreement and climate politics?

We wanted to build a bridge between the UN Climate Change Conference and the youth and help them understand how democracy works. The Conference of the Parties is a very good way to do so because it is a topic that concerns all of us and young people can actually have a say, as COPs do allow representatives of the youth to speak on their behalf. Climate change often makes people feel helpless and we want to help them gain consciousness and find their voice.

Why did you choose a social simulation as a medium to talk about these aspects?

We chose this medium because usually when talking about climate change, we only learn what it is and not how it is dealt with. Many people don’t even know that international climate negotiations exist. Simulations also provide a certain reality which really helps the participants to grasp the problems we are facing.

Who is the main target of the workshop? Is it targeted at specific age groups? If yes, why?

We usually recommend the workshop for children at the age of 15 or 16, because by that time they have already learned about climate change and our impact on it in school, which is very helpful in our workshop. However, it can be applied to any older age groups as well.

Are there any skills needed to participate in the workshop? If yes, which?

There are no skills needed, however, it would be preferable if the participants already knew about climate change, as that is the foundation for negotiating about the political possibilities in this domain.

What are the most important lessons that can be learned from playing COP in my school?

The participants gain a lot of general knowledge on how politics work regarding climate change, but what’s maybe even more important, is that they learn how difficult it can be to come to an agreement – even if everybody is working towards the same goal. It also makes the participants see where we are currently at, how much there is to be done and how each and everyone plays a part on our way to a healthy environment.

Do you think the workshop could be also conducted to develop new skills in players?

Of course! As every group has to work on their results and choose a representative who has to negotiate with the other participants, it provides a safe space to test oneself and get a feeling of how to act in a discussion and how to produce an argument to make a point.
Considering that not everyone already has this sense of accountability for their own actions, we feel that this workshop helps to reflect on this and recognize your role in protecting the climate.

What sustainability and educational goals can be achieved by doing the workshop?

The participants get a better understanding of how politics work because they are the ones who act. Such first-hand experience is alway a great learning opportunity. They also get an overview of what has happened in politics ever since we understood that protecting the climate is important. Last but not least, they start understanding how much of a difference just one person can actually make.

What psychological and social processes may happen in and between players while participating in COP in my school?

We have noticed a very strong sense of social cohesion in the different groups representing a country. Due to the fact that we only address the representatives with the name of their country – just as they do at the real Conference of the Parties – the participants suddenly feel like they are part of this country. Thus, they view its beliefs and priorities as their own and strongly represent them even if they are in no way their actual personal opinion. Generally, there is a shift in the behavior of everyone taking part, and as soon as the negotiating begins, they act like they are in a public setting and start mimicking politicians in their speech or body language. In the end, we, therefore, give them a bit of time to slip out of their roles as politicians to be themselves again and try to reflect on it.

In which settings has the workshop been conducted? What results did you observe?

We usually conduct the workshop in schools where we work with very different students. Most of them did know about climate change but did not know how much of a difference just one change in their own lives could make. So, we do see how the class goes from “mostly not that interested” to a stage where almost everyone wants to do and change something, which is incredibly beautiful to witness.
We have also conducted COP in my school at a Local Conference of Youth in Vienna, where lots of students from schools and universities came together to learn more about the topic and meet like-minded people to exchange experiences and ideas.

Did your work with COP in my school change your perspective on climate politics and related topics? If yes, how?

It completely changed my mind: At first, I didn’t know a lot about political action on climate change and it made me see where we are on this journey, what I can do and how I want to do more. I always knew that climate change is an important matter, but I have only grasped the urgency of it when working on COP in my school – I am glad that I did! This is a matter that’s very close to my heart and I’m really happy that I finally found a way for me to act and I hope to help many more to find theirs.

How did you like this post? Let us know in the comment section or on our social media! You can also fill this short survey to help us create better contentent for you!

For more games about climate crisis, climate change and SDG 13 visit our Blog and Gamepedia! 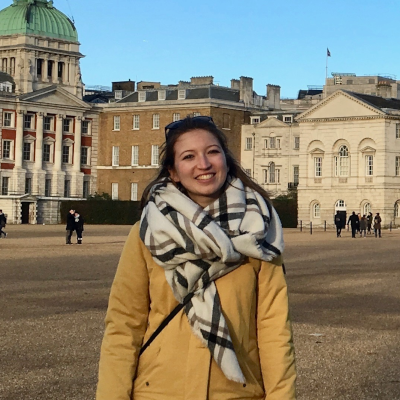 Katharina Doppelbauer is a 20-years-old student in Education on German and Psychology & Philosophy at the University of Vienna. She joined CliMates Austria in September 2018 and contributes to the execution of project Clim’School, which deals with workshops at schools. With her work, Katharina aims at providing learning opportunities for young people who are interested in climate-related topics but feel too uninformed to make a change, giving them the necessary knowledge to form an opinion about climate policies.

How to Enhance Social and Emotional Learning through Games

Can we avoid a catastrophe?