When plastic was invented in 1907, it was considered a breakthrough. Plastic products soon flooded the market, replacing glass bottles, wooden toys and – in the course of time – also natural fabrics. For many decades, people experienced only the benefits of this light and easily accessible material, not knowing the damaging consequences it has for natural environment, human health, and the climate.

Plastics pose threat to our planet mostly due to their un-biodegradability. This material never fully degrades – over time it may only break into smaller pieces. As a consequence, plastics not only litter our beaches, parks, landfills but also oceans (did you know that huge concentration of plastic debris cover large areas of oceans, the bigger one being the size of the state of Texas?). Little particles of plastics are also very dangerous to many marine species, as they are often mistaken for food. Once consumed, plastic cannot be ever digested or processed, so it remains in the system until the organism is eaten by another species. Consequently, the plastics accumulate up the food chain and make seafood potentially dangerous for humans as well!

Many plastics used for food and beverage storage have been proven to negatively affect human health, as they may contain toxic chemicals (mostly DEHP and BPA). Food stored or heated inside such containers becomes contaminated, and the chemicals make their way directly into our bodies. The list of potential damaging effects of these chemicals to our health is long and embraces chromosomal and reproductive system abnormalities, impaired brain and neurological functions, cancer or adult-onset diabetes, early puberty obesity or resistance to chemotherapy.

Plastic is not only harmful to our landscape or health. In fact, plastic production is very intrusive to our climate. Plastic is created from petroleum and, according to the U.S. Environmental Protection Agency, its production accounts for an estimated 8% of global oil production. The drilling of oil and processing into plastic releases harmful gas emissions into the environment, including methane – a greenhouse gas that causes a greater warming effect than carbon dioxide!

What can be done?

If we do nothing to change our production and consumption trends, 12 billion metric tons (13.2 billion US tons) will enter landfills or the environment by 2050 and there will be more plastic in the oceans than there are fish (by weight)! In response, Earth Day 2018 is dedicated to providing the information and inspiration to fundamentally change human attitude and behavior about plastics.

Established on April 22, 1970, the first Earth Day mobilized 20 million Americans to protest against the negative impacts of 150 years of industrial development. 50 years later it is now the largest civic-focused day of action in the world, attracting more than 1 billion people in 192 countries. Crowds of people engage in public cleaning of their towns and roads, planting trees or organizing seminars to support global efforts towards more sustainable and clean future. This year’s Earth Day’s mission is to educate millions of people about the health and other risks associated with the use and disposal of plastics, including pollution of our oceans, water, and wildlife, and about the growing body of evidence that decomposing plastics are creating serious global problems.

Join the End Plastic Pollution campaign and go through three easy steps on the way to plastic pollution-free future:

If you are working with kids and youth, you may also engage them in one of the free online serious games focused on sustainable production and consumption. There are a lot of them to choose from, e.g. the easy but fun flash game Clean Up the River that sends kids on a mission to clean the Murrumbidgee River or the Super Sorter game in which students become workers of a materials recovery facility, responsible for successful sorting of the recyclables. We also recommend reading a fascinating interview with Sandhya Nankani (one of the co-creators of the World Rescue game), from which you will learn why video games may be a perfect medium to talk about global problems.

If you have any other ideas how to fight against plastic pollution, leave a comment! 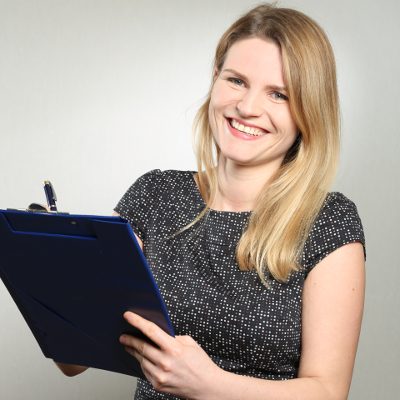