One of the biggest global topics in this era is the international migration of people. The term migration comprises a wide variety of movements and situations that involve people from all backgrounds and walks of life. It is interconnected with cultural exchange, trade and geopolitics, and provides beneficial opportunities for states, businesses and communities. Not only has migration helped to improve the lives of people in both origin and destination countries, but it has also offered possibilities for millions of people worldwide to establish meaningful and safe existences abroad. However, the circumstances surrounding migration are not always positive. In recent years, there was an increase in migration and displacement due to persecution, conflict, environmental degradation, and a profound lack of human security. 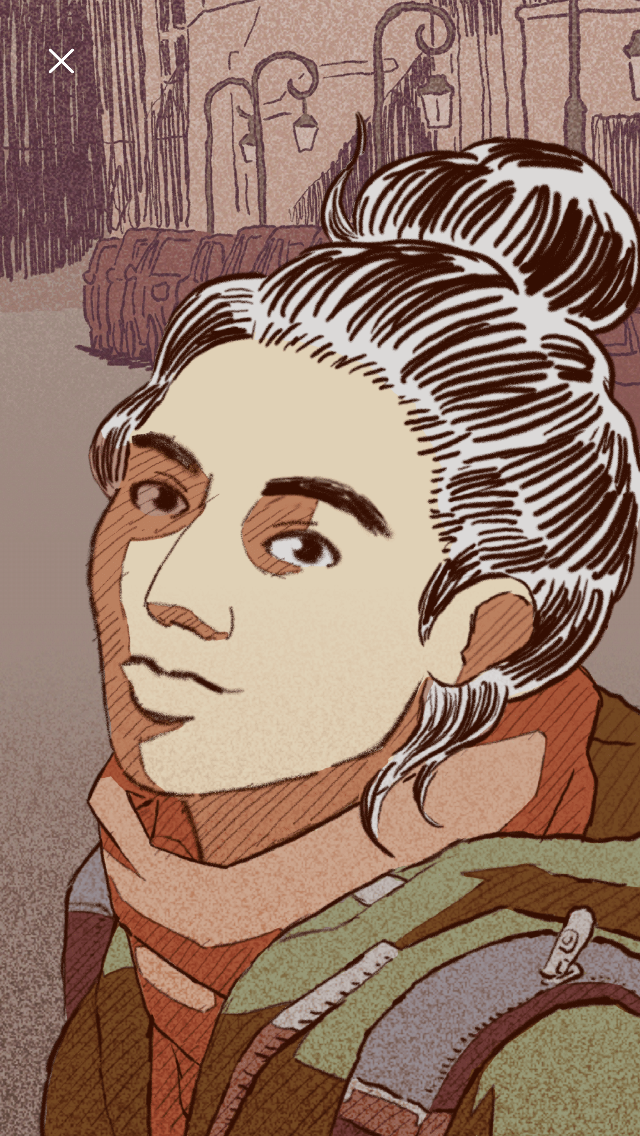 In 2018, the United Nations Higher Commission on Refugees (UNHCR) reported that we were “[…] witnessing the highest levels of displacement on record”: 68,5 million people worldwide have been forced from home. Among them are nearly 25.4 million refugees, 6.3 million alone from Syria. Many of them seek asylum in countries in their region, such as Turkey or Lebanon. Others try to reach Europe, in particular Germany, which is the main European destination for refugees. Their migration stories are all similar, only details are different. One inspirational story was taken up and integrated into a game to put players in the shoes of a refugee: Bury me, my Love. We had a chance to talk with the creative directors and designers of the game: French video games production studio The Pixel Hunt, founded in 2009 by the former journalist Florent Maurin. The studio team imagines and creates reality-inspired games. They work for clients such as public broadcasters or TV production companies, but also have independent projects. Bury me, my Love was the first full-scale independent game of the studio, co-produced with Figs and ARTE France. Designed for mobile phones, it became immediately popular and was nominated for more than 20 awards, including the Game Awards, the GDC Awards, the BAFTA Game Awards, and the IndieCade Europe. In 2017, the game won the Google Play Indie Games Contest, making it the best European game in the store for the year. The Pixel Hunt’s founder Florent Maurin told us about the background ideas, development and learnings of the reality-inspired interactive fiction.

Florent, could you briefly describe what the game is about?

Bury me, my Love tells the story of a Syrian couple, Nour and Majd. They are separated, as Nour decides to leave her country and tries to reach Europe for a safer life, but Majd has to remain and take care of older relatives. The only way they can communicate is through a chat application on their smartphones. As a player, you witness those conversations and try to help Majd provide Nour with the best possible advice and support.

How did you get inspired to create a game about refugees and their migration?

As a former journalist, I’m used to paying a lot of attention to the news. In 2015, I read an article on French newspaper Le Monde that struck me. It was called “The Journey of a Syrian migrant as told by her WhatsApp conversations“, and it was a series of discussions between a girl named Dana, who tries to reach Europe, and her family both in Damascus and Germany. This was such a strong piece that I contacted the journalist, and through her, I got in touch with Dana. Both women agreed to become our editorial consultants and help us make a game inspired by these stories – and thousands of others. That’s how BmmL was born!

Why and how, in your opinion, can a mobile game serve as a medium to talk about these topics?

In our particular case, the use of the mobile phone is part of the game’s message, as it mimics the way migrants, in real life, use their smartphones. Most migrants nowadays have a phone, and for them, it’s not a luxury; it’s the only way they have to keep in touch with their friends and families and to get crucial information during their dangerous journey.

How did you come up with the characters in the game?

Nour is vastly inspired by Dana, a very brave woman. Majed is more of free creation, for the sake of having a second character that would work well with Nour.

How did you get involved in the Google Play Indie Games Contest? What did winning the contest mean to you?

I had seen on social networks that there was such a contest one year before entering with Bury me, my Love. It was, of course, a great honor to be selected among so many great games, and a joy to see that a committee of seasoned professionals thought that Bury me, my Love was an interesting enough to be celebrated as a winner.

Who is the main target of the game? Is it targeted at specific age groups? If yes, why?

It isn’t, really – or at least we did not think about it that way. We were moved by Dana’s story and lots of other articles and documentaries, and we thought it could be interesting to tell them in the form of a video game. But from the testimonies we gathered, from comments on social media, and through game ratings, we know that we are reaching quite a wide audience, from people who are strong human rights supporters to people who are rather hostile to migrants but experience the game as a good way to learn more about a situation they, in fact, know next to nothing about.

What can be learned from playing Bury Me, My Love? What would you like players to learn from it or experience through it?

You’ll have to ask the players! We are not an NGO, we did not create this game with an agenda in mind or with the will to change players. Don’t get me wrong: if that happens, fine. But I believe people only change by themselves, through life experiences and exposure to different cultures than their own. You can’t make someone change their mind, especially on such a topic as international migrations. So our main objective was to tell stories we were moved by and to use video games and fiction as forms to convey those stories.

Do you think the game could be also used to develop new skills in players?

Mmm… Not sure? I would say BmmL probably is an exercise in empathy, but I’m not sure empathy is something you can learn, really. So if by “develop” you mean “grow”, then sure, but if you mean “acquire”, then I’d probably be more skeptical.

What could happen in players while playing Bury Me, My Love, psychologically speaking?

Lots of players reported that they felt the stress of not having news from someone they cared about, and they waited anxiously for their phone to beep with a new notification. There’s also a couple ends that are pretty grim for Nour, and those made a lot of players cry. But I hope they also laughed, and hoped, and felt proud and brave because BmmL first and foremost is a story about love and human relationships – and those feelings are all part of it.

Did your work on the game influence or even change your perspective on refugees and migration? If yes, how?

Well, it’s more the other way around. When I read the article on Le Monde, I was surprised to realize that, contrary to what I thought, Dana was talking to her relatives pretty much in the same way I was talking to mine. Without me realizing it, I had been influenced by the general media coverage of the situation into believing that migrants were different from me. Realizing that hit me hard – it made me feel that I was being xenophobic without even being conscious of it. And I thought that making a game on this specific topic might help other people come up with a similar epiphany.

When creating a game, what elements are most important to include for you?

In my specific case, it’s inspiration from reality, real-life events, psychology, characters… I think the reality is a huge source of inspiration, that has been completely underrepresented in games up until now.

What challenges do you face when designing games? What was the main challenge in designing Bury Me, My Love?

Well, for us, the main challenge was to stay as truthful to the actual experience and believable as possible – especially because we did not experience it first hand. So we took extra care gathering a lot of documentation and asking Dana for a lot of feedback. But even with that, it’s a tight line to walk, and you can’t afford to screw up on this.

If you had to choose one game to take on a lonely island, which would it be?

Wow, it’s a tough one! I’d say Grim Fandango, as it’s my favorite game ever, but in this specific situation, I’m concerned by its low replay value. So I’ll go with my second or third loves, Football Manager and Civilization. 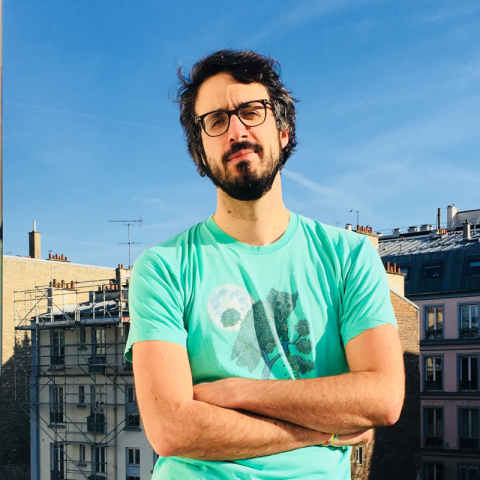 Florent Maurin graduated from Lille's journalism school (France) in 2002, and worked as a journalist for ten years. He then founded The Pixel Hunt, a gamedev studio with a focus on reality-inspired games. Bury me, my Love, The Pixel Hunt's first independent game, was co-produced with Figs and Arte.

Cantor’s World: Can you plan to tackle the climate challenge?

Why do we need games about poverty